Overview of PhD Research
My research is funded by the NSF GRFP (awarded in 2020) and aims to understand the role of bottom-up and top-down effects of climate change on plant communities, with a focus on soil microbial community interactions with plants. By leveraging the two projects described below, I will collect samples and use experiments to quantify the direct and indirect effects of climate warming, insect herbivory, and drought on soil biota-plant-herbivore interactions. I seek to answer the following questions: (1) How does the composition and structure of a soil microbial community differ in the presence and absence of warming temperatures, insect herbivores, and drought? And (2) What is the soil community’s influence on plant traits, stress responses and insect preferences in the presence or absence of warming, insect herbivory, and drought?

​This is a long-term experiment that was established in 2015 by Dr. Zarnetske’s lab. This experiment tests the impact of warming temperatures and insect herbivory on early-successional plant communities at two sites: the University of Michigan Biological Station (UMBS) and Michigan State University’s (MSU) Kellogg Biological Station (KBS). The project's goal is to understand how biotic interactions and climate change directly and indirectly affect community structure and function. To simulate global warming, Open Top Chambers (OTCs) are used to passively increase air temperature. At the same time, these structures allow natural levels of precipitation, light, and gas exchange to occur. The OTCs warm the inside on average about +1.8°C above ambient temperatures and they stay up all year round through the winter. Insecticide is applied to manipulate insect herbivory. This project includes a fully factorial design with ambient, warming, insecticide and no insecticide treatments (six replicates each of four treatments). There are 24 - 1m2 plots at each site. In 2019 and 2020 I managed the site at UMBS as a technician and I am currently working to analyze the data from these two sites as a graduate student.
​ 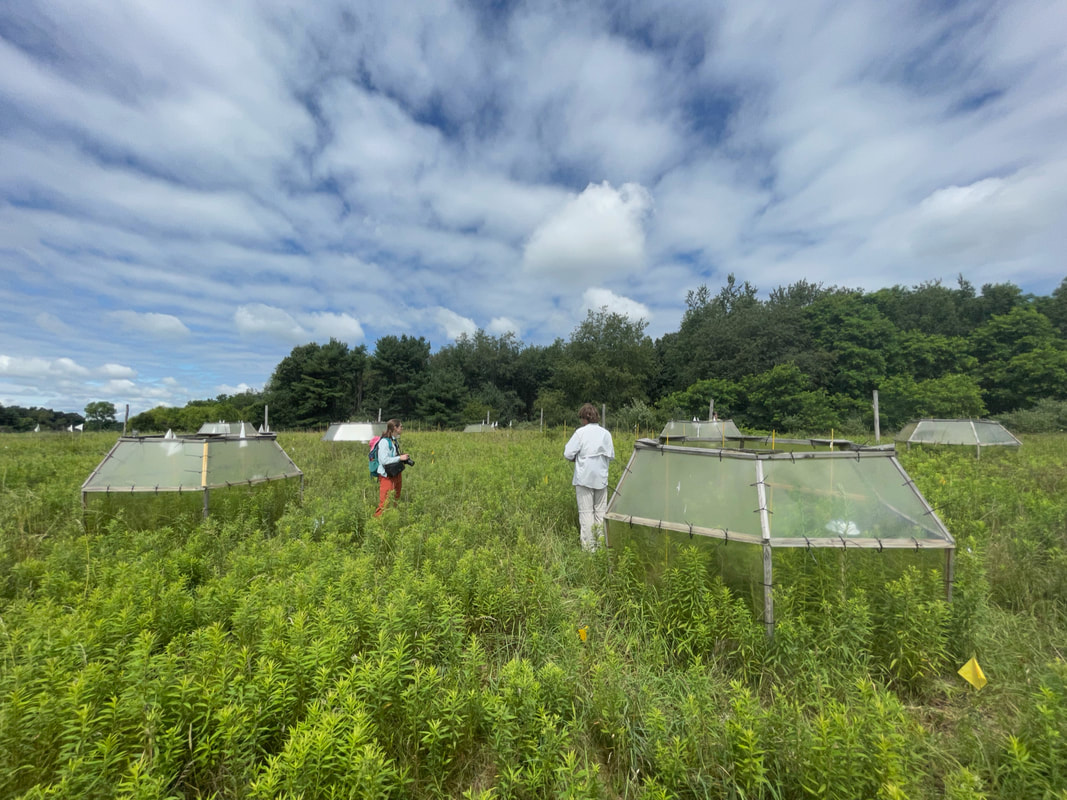 This large-scale rainfall manipulation experiment began in spring 2021 at the KBS LTER Main Cropping System Experiment (MCSE). In the early successional treatments (T7s) of the MCSE, there are OTCs where the SpaCE lab will look at the singular and interactive effects of warming, insect herbivory, and now drought on early successional plant communities. A continuous 6-week long drought will be imposed during the growing season from 2021-2023. I am specifically interested in uncovering the short and long-term temporal changes of the bacterial and fungal communities within these plots. 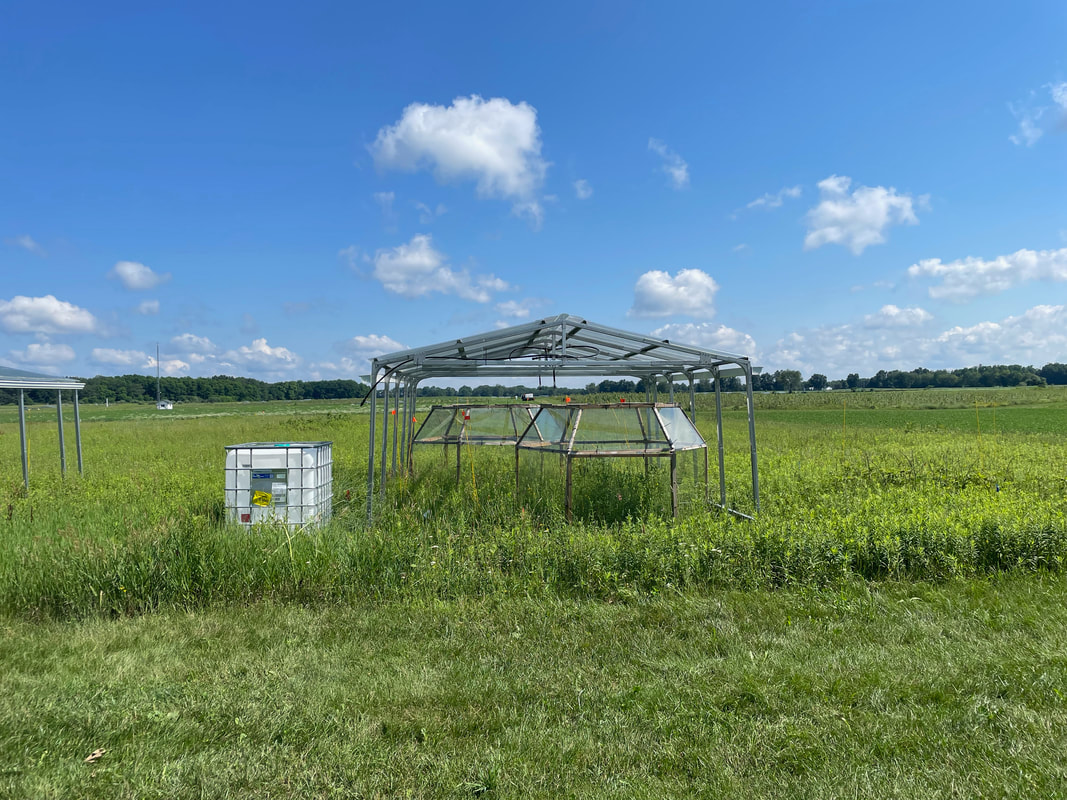